After a frustratingly long day of travel to get to Copenhagen the day before, I was very happy to start fresh on my first full day in this beautiful city.  Walking the streets of Copenhagen was a completely wonderful and totally humbling experience.  The history of the city is palpable.  The architecture is stunning.  I don’t even know how to describe it fully; it was all just classically European. 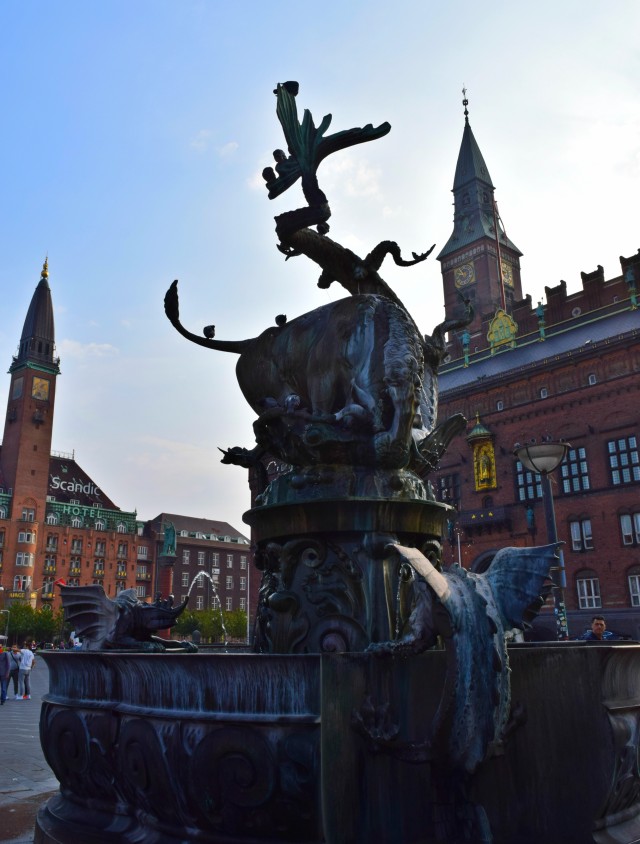 My first stop was a café called Streckers for breakfast, where I enjoyed a teeny, tiny croissant and an iced coffee.  They had Bill Withers on the stereo and the Broncos v. Panthers game on the TV. It was a nice place, but the only thing really remarkable about it was how small the croissants are (see for yourself below).

From there, I kept wandering with the intention of eventually finding Nyhavn to take a canal tour.  There was no shortage of storefronts and cafes, and I thoroughly enjoyed hopping into the cute boutiques to browse.

Nyhavn is perhaps one of the most photographed neighborhood in Copenhagen, with its brightly colored rows of buildings on either side of the boat-lined canal.  It is so very charming that I can see how it’s so popular.  The canal tour was included with the Copenhagen Card, which I picked up earlier that morning from the city visitor center. 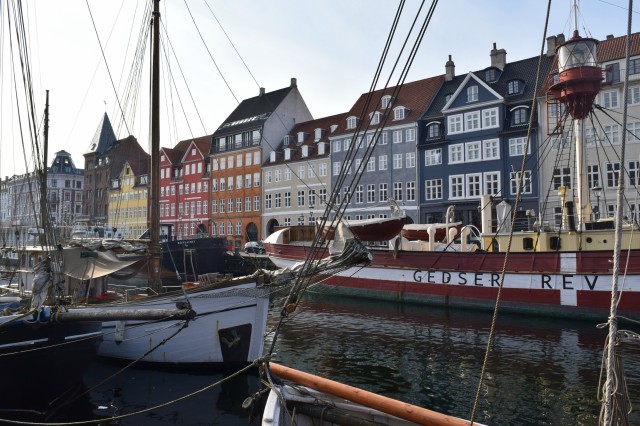 The boat was about 2/3’s full with tourists all listening intently to our tour guide, Astrid, who switched between English, French and Danish with ease.  The canal tour wove through the city, under bridges that were so low we had to duck our heads to avoid losing them. 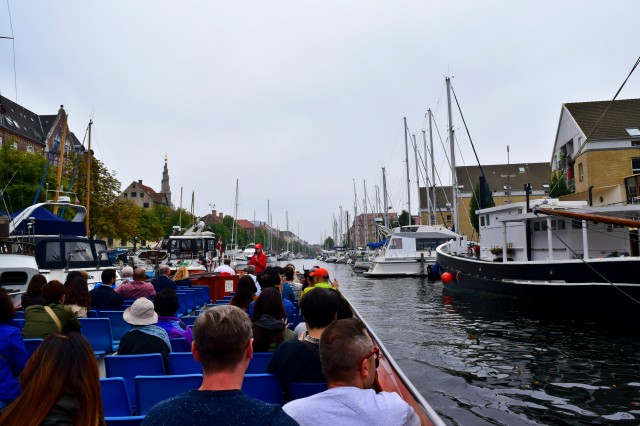 It was a great way to see a lot of the city for the first time, but gave me no real bearings of how to get to the attractions we passed on land.  I loved being on the water though.  We passed through residential areas where our tour guide was not allowed to speak, so we sat in companionable silence and admired the scenery until we had moved on.

Astrid gave us some insights into what the Danes think of some of their most famous attractions; for example, they liken their Opera House to a toaster and believe that the Little Mermaid statue is the most disappointing tourist attraction.   She was very knowledgeable and presented all the facts with just enough sarcasm to keep us on our toes. 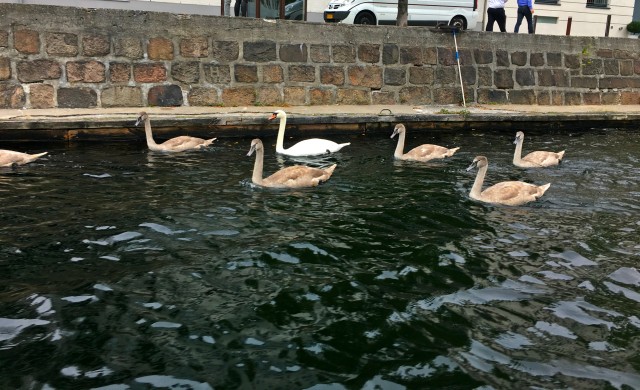 The canal tour was a great way to form my must-see list for the rest of my stay in Copenhagen.  After the tour, I walked over the inner harbor bridge to the island that houses Copenhagen Street Food.  The indoor food market is housed in an old newspaper warehouse (hence the name Paper Island), and offers a wide variety of international meals. 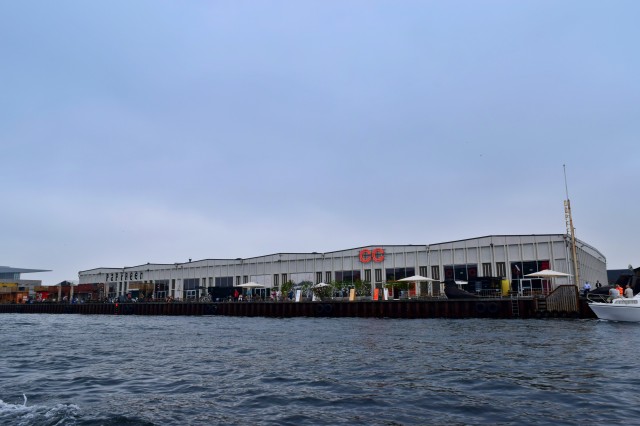 My best advice for visiting this culinary wonderland is get a drink first, because you will definitely be taking a few laps around the food stalls to figure out what you want to eat.  Everything looks amazing and the prices aren’t too bad.  I did four laps before deciding on a Brazilian grill called Brasa, where I ordered the pork plate with chimichurri sauce, pineapple and pepper slaw, salad and potatoes.

I sat at one of the tables in the center of the stalls; there was plenty of seating despite the crowds of people eating there.  They also had outdoor seating by the water, but it was a bit chilly for me.

The food was delicious, and so was the Danish Pilsner I had on the side.  The energy in the market was cheerful, and the open layout of the building made it great for people watching.  Right next door to this wonderful food labyrinth is Copenhagen Contemporary, an art museum featuring print and performance art.  The entry fee is not included in the Copenhagen Card, but it’s only $7.50 so I paid up and went in.

The first exhibit I wandered into was one by Icelandic Artist Ragnar Kjartansson that featured the band The National playing their song “Sorrow” for six hours straight on the roof of the MoMA.  At first, I thought it would be a bit of a boring video because of its repetition, but it really drew me in.  Each time the song started over you could see the struggle the band was going through to keep playing it.  Sometimes they would perk up and power through and sometimes they would almost be crying from exhaustion.  I’ll admit it… I downloaded the song right after.

The museum also featured a few installations by Bruce Nauman, which were very thought-provoking and a little in-your-face, and an exhibit by Yoko Ono.  The museum was a fun experience and I’m glad I popped in.  If you are planning on eating at Copenhagen Street Food, the Copenhagen Contemporary is definitely worth a visit! 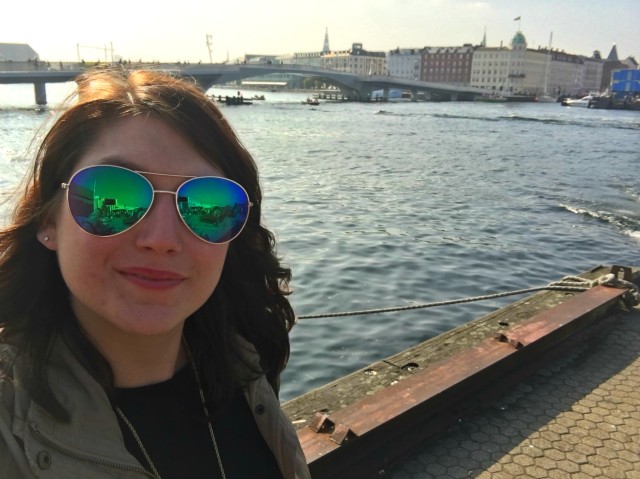 Have you ever been to Copenhagen? What do you think is the best way to see the city, by land or canal?